Hoopoe Lark Alaemon alaudipes in Tenerife in October 2015, 1st for the island 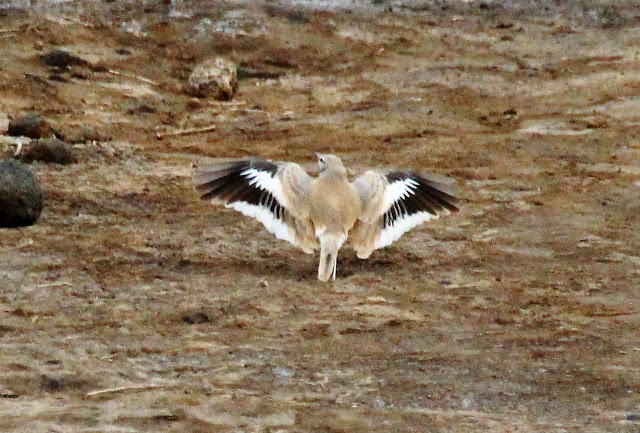 © Chris Wilding 4 October 2015 A previously unknown record of Hoopoe Lark Alaemon alaudipes in the Canary Islands has been made public in November 2018. The author, Chris Wilding, took two photos of an odd bird at El Médano, Tenerife on 4 October 2015. Both photos are enclosed. The observer sent the record to Rare Birds in Spain once he realised the bird was rare and once former BBRC member Colin Bradshaw reccomended to contact Rare Birds in Spain to publish the record. Chris original words are included: I am a birdwatcher who lives in England. Whilst reviewing some of my old holiday photos from Tenerife I came across the two pictures attached. I had forgotten about the sighting of the bird and had not fully satisfied myself as to the species. A contact, Colin Bradshaw, who is a very experienced birdwatcher, confirmed the bird as a rare visitor to the Island of Tenerife and that I should possibly contact the Rare birds of Spain in case the sighting was of inte
Leer más
Más entradas