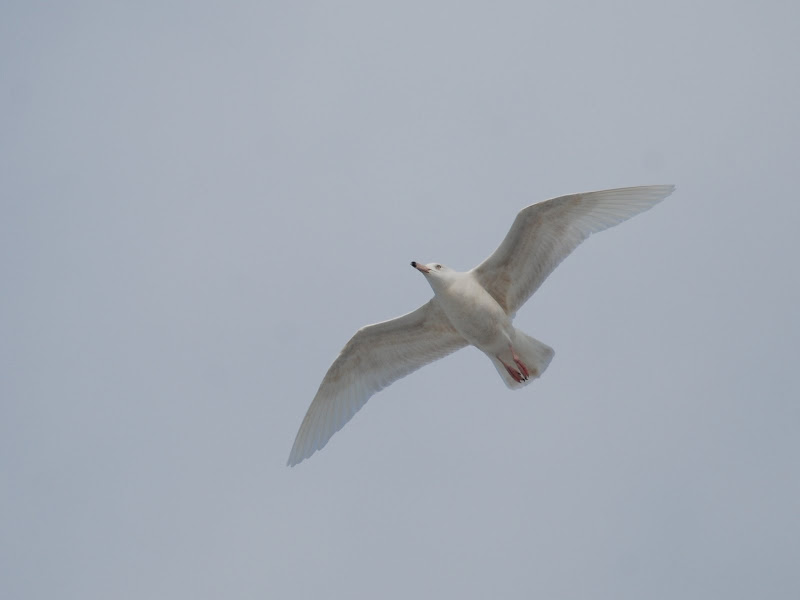 Larus hyperboreus 2w. Camariñas, A Coruña. 1.2.2009 © Ricard Gutiérrez January 2009 has totalled a minimum of 28 Iceland Gulls (Larus glaucoides) and 33 Glaucous Gulls (Larus hyperboreus) in Spain (Rare Birds In Spain, January 2009 reports page). These numbers clearly are above the average of the period 2001-2008 in which data from the RBS website has been analyzed: 3,75 birds/January for glaucoides and 2,375 birds/January for hyperboreus, with a peak in 2005 before this extraordinary year 2009 results (figure 1). A late record from 31.1 of a Kumlien's Gull Larus glaucoides kumlieni is not included in this analysis. Records of both species were concentrated along the NW coast, particularly around A Coruña province that collected 11 glaucoides and 11 hyperboreus, a 39,29% and 34,28% respectively of the individuals recorded per species. Records, however, reached the Canary Islands, indicating an Atlantic bias in the sightings, with Glaucous gull reaching three islands (only thre
Leer más
Más entradas