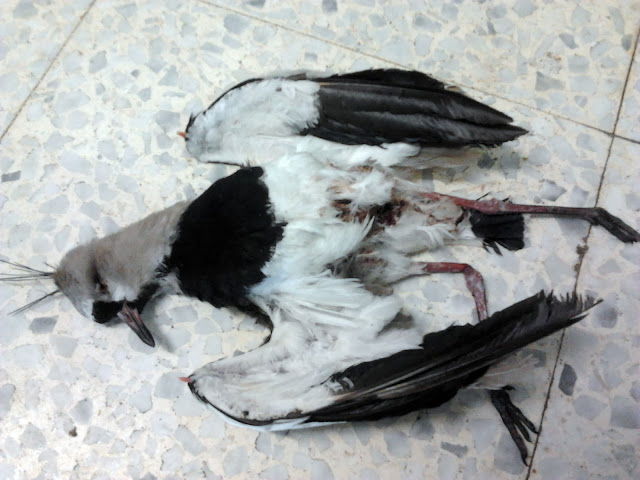 On 29th October 2013, a fresh corpse of an adult Lapwing was found near the Madrid airport runways by the falconry team in charge of bird-strike prevention control. The bird was clearly similar to one of the lapwings ( Vanellus vanellus ) that frequent the Spanish airports in the winter but showed an odd combination of colours and patterns. Thinking in an escape, members of the falconry team contacted Ricardo Pérez who contacted RG through twitter to further know on this odd Lapwing. The bird, a lapwing indeed, was not an escape but a South-American species: the Southern Lapwing ( Vanellus chilensis ), an adult according to plumage pattern and moult. The head pattern suggests nominate subspecies chilensis which extends from central Chile to Argentina. Further research from Ricardo Pérez gave results the bird being found associated to a plane coming from Chile indeed in a case of 'plane-assistance' trip of a dead bird. The bird had to crash with a taking-off plane from its usu
Leer más
Más entradas