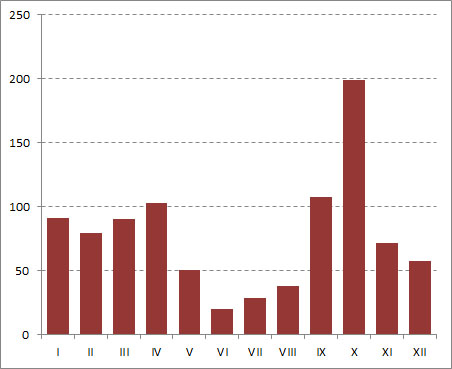 Castellano: mirad más abajo Rarest of the rare contest is back again! In its 6th year in-a-row edition , you'll find enclosed below a selection of of perhaps the rarest sightings obtained in the country during 2015 chosen by the webmaster of Rarebirdspain.net according to scarcity or singularity of the record.  This year, Rare Birds in Spain , in its 15 year-in-a-row online period has published until 24th December 2015 news on 933 national rarity sightings and has published 501 large (720 pixels wide)   original photos, 8 videos and 368 small sized (thumbnails) supporting photos kindly sent by the authors. Another major step towards a better understanding of the occurrence of rare birds in Spain. It therefore has not been easy to choose a selection of the rarest birds recorded amongst those 933 records and 877 media received, but once again the rarest of the rare is below and it's up to you choose which will be. There might be more species such as the unknown orig
Publicar un comentario
Leer más
Más entradas