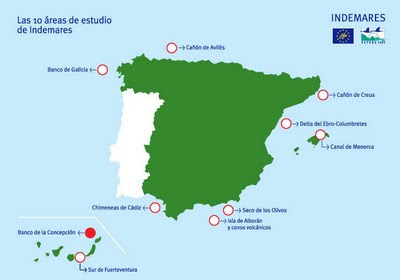 It has been just known that on 10.9.2011 a Black-bellied Storm Petrel ( Fregetta tropica) has been seen at Banco de la Concepción area, c.40 nautic miles N of Lanzarote, Canary Islands. An intrepid bunch of birdwatchers coming from all over Spain leadered by the keen photographer and birdwatcher Juan Sagardía scored what was the 2nd record for the Western Palearctic and the 1st for Spain. Why going to that area and not to another? Why seawatching somewhere and not in another part of the 'rather uniform sea'? Main reason is because sea it's not uniform. That's it. A recent project carried out by a number of institutions and covering 10 sea areas in Spain, the Life Indemares , does focus in the importance of those areas not only for foraging vertebrates but for the whole ecological pyramid. It's not surprising that Banco de la Concepción is one of those areas. There is a detailed factsheet on the area here . Will the map above point out seabird hotspots too? It
Leer más
Más entradas