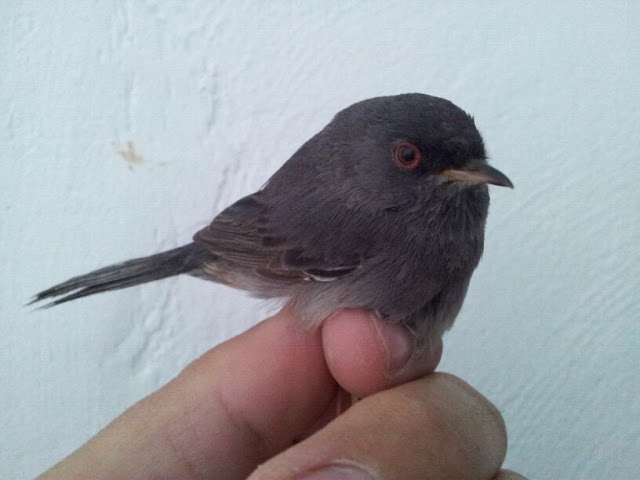 On 3.5.2012 Alberto Plata has trapped and ringed a male Marmora's Warbler at Tabarca island, Alicante. See a full report in Spanish in his blog here and a photo provided by him below.

This is a 4th for Spain of a species that perhaps should not be so uncommon according to its nearby location and migratory character plus already existing records in S France. Previous accepted records in Spain are as follows: